While there is widespread international support for more ambitious international actions to combat climate change and lower global emissions, countries differ in the scope of their ambitions and in their level of commitment for specific measures—including a global carbon price. Although several international and multilateral institutions—including the World Trade Organization (WTO) and G20—have called for a global carbon price, it is unlikely that member nations will be able to harmonize the current patchwork of carbon pricing systems and variations in carbon accounting frameworks in the short term. While it is worth keeping a global carbon pricing system as one of the ultimate ambitions of the global push for a more sustainable economy, the acute need to address climate change means that the international community must be realistic about the short-term feasibility of a global price. With an agreement on global carbon price likely years—if not decades—away, the United States and its like-minded partners should be working to develop shorter-term climate and trade policy solutions—including carbon clubs and carbon border adjustment mechanisms (CBAMs) to combat carbon leakage—that  create a glide path toward a longer-term solution.  Indeed, the G20 leaders in Venice recently acknowledged that  carbon pricing is just one of a “wide set of tools” that countries can use to lower their greenhouse gas emissions (GHG) alongside other fiscal and regulatory measures.

Given the difficulty of reaching a binding multilateral agreement—especially on a politically-sensitive issue like climate—pursuing short-term solutions is the most pragmatic path forward.  The sort of agreement that would be needed to create a global carbon price will require years of negotiations and, due to the differing priorities of all the negotiating parties, will likely result in  weakened implementation mechanisms. Moreover, because not all countries are decarbonizing at the same rate, any multilateral solution will likely lead to the lowest common denominator in terms of ambition, doing little to address the issue of carbon leakage. Even if a global carbon pricing system is agreed to, the pricing levels for an effective decarbonization strategy would need to be more than $75 per ton, at minimum, by 2030—a level that may not be feasible for certain countries. (The current average emissions price is only $3 per ton, and that price only applies to about one-fifth of total global emissions.) One possible short-term solution would be a  carbon border adjustment mechanism (CBAM) in the United States that could  be scaled to include like-minded countries in the form of a Carbon Club pursued in tandem with a multilateral solution through the WTO, UNFCCC, and other fora.

Nevertheless, a harmonized global carbon price—if implemented at a level that would disincentivize countries from continuing to rely on polluting energy sources—could lower global emissions by 12 percent , according to some estimates, and would likely lead to more stable and predictable energy markets. However, if the price of carbon is set too low, the system could be undermined by carbon leakage and “resource shuffling”—“a form of carbon leakage that produces the false appearance of emissions reductions without reducing net emissions to the atmosphere.” This sort of resource shuffling has also resulted from the aforementioned fragmentation of the existing regulatory systems,  allowing companies to game the system without actually reducing overall emissions. Resource shuffling occurs under existing systems when, for instance, a utility provider sells its high-carbon-intensive electricity to producers with low regulatory compliance costs, and the low-carbon version to companies with higher regulatory compliance costs, including in an ETS, resulting in resource shuffling that allows companies to meet compliance requirements without actually reducing the overall volume of GHG emissions. CBAMs will need to be consciously designed to address this issue. 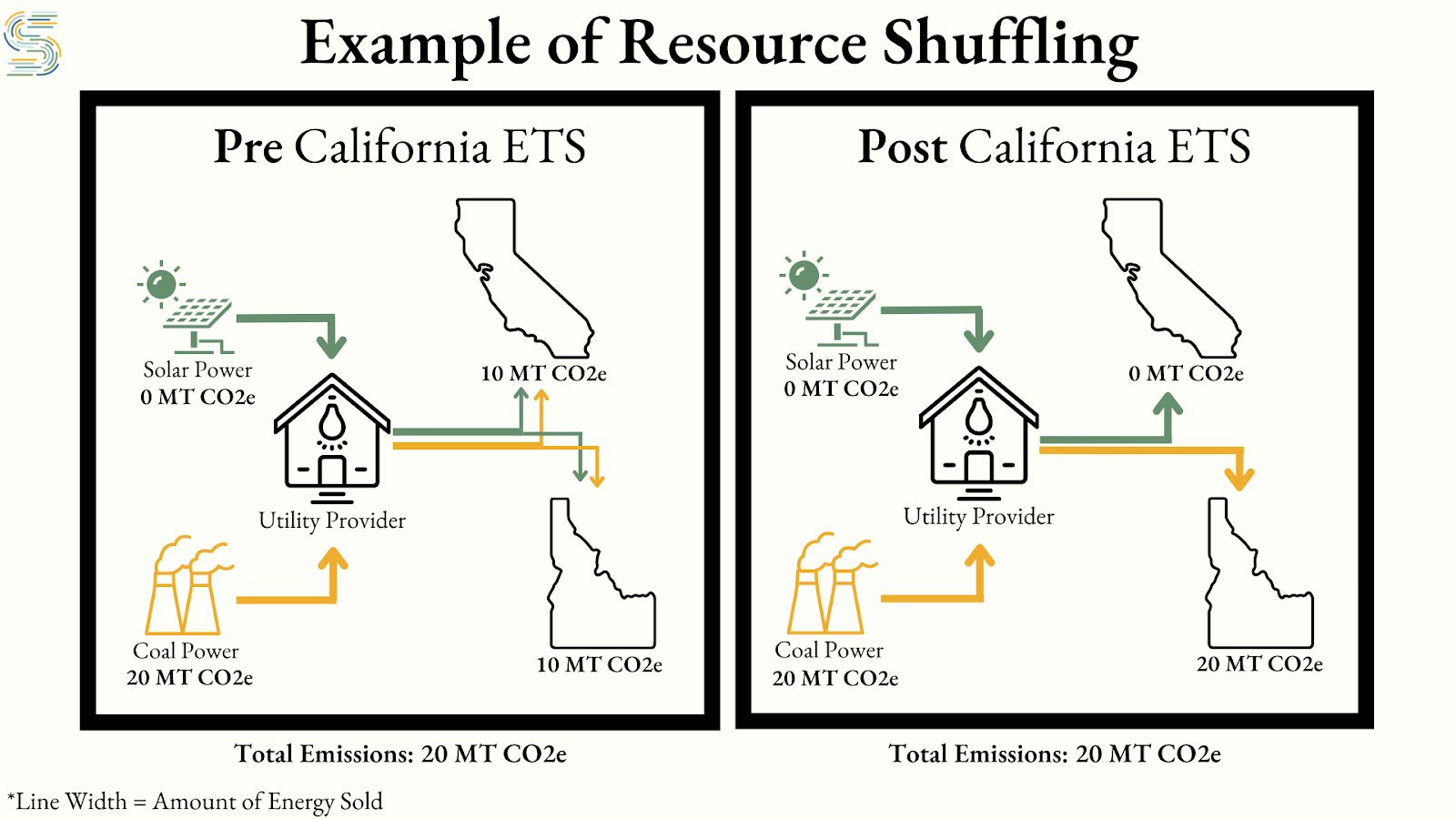 Moving forward, jurisdictions will need to couple carbon pricing systems with other regulatory compliance measures, including carbon border adjustments that are based in the Harmonized Tariff System (HTS) instead of ETS to ensure comparability in similar products being traded internationally. Carbon pricing is both theoretically and practically new, meaning that there will be many hiccups along the way to its successful implementation. But the good news is that the United States has several other trade tools at its disposal to combat climate change in the short term, including 301 investigations, 201 investigations, 232 investigations, anti-dumping and countervailing duty laws, and import licensing. How the United States could mobilize these trade tools to combat climate change will be the subject of our next blog.