Fostering Bipartisan and Interdisciplinary Debate, One Roundtable Discussion at Time

“Bipartisanship” is a perennial buzzword in policy circles, but rarely do we have a chance to step back and think about the real value of bipartisanship — or, even more importantly, to see bipartisanship in action.

At Silverado, we’ve explicitly designed our policy accelerator model to foster productive bipartisan and interdisciplinary debate. The members of our Strategic Council represent a broad array of ideological vantage points and professional disciplines: academics, industry professionals, policy experts, non-profit advocates, and veteran government officials from both political parties. Our roundtable discussions, an integral part of our process of cultivating new policy solutions, are designed to put these perspectives in conversation with one another by creating a space where government officials, industry and civil society representatives, and policy experts can weigh in on critical questions across Silverado’s three areas of focus.

When it comes to tackling complex global challenges, bipartisanship isn’t just an ideological preference — it’s a practical necessity. With an increasingly ideologically polarized citizenry electing smaller majorities in Congress, bills that can’t garner support from both sides of the aisle are unlikely to ever get a vote on the floor. Executive action presents a workable short-term fix for some domestic challenges, but as we have been reminded over the past few months, these actions can easily be rolled back when the competing party takes the White House. Especially in matters of foreign policy, overhauling American policy every four to eight years can damage America’s credibility with its allies and strengthen the hand of its adversaries.

If the United States is to begin formulating a coordinated, long-term strategy to maintain its global competitiveness, the two parties will have to find areas of real and abiding consensus on new policies—and that’s exactly the process that Silverado’s accelerator model is designed to facilitate. At Silverado, we don’t think bipartisanship is an end in itself. Rather, we think that fostering bipartisan debate is a powerful tool that, when used strategically and intentionally, can help lawmakers and stakeholders identify substantive areas of consensus, broaden the scope of possible solutions, and lead to tangible policy outcomes.

Ultimately, though, the proof is in the pudding. In the months leading up to our official launch in February, Silverado convened a series of five roundtable discussions featuring bipartisan and multidisciplinary groups of policy experts and stakeholders to debate key challenges facing the United States. Conducted under Chatham House rules — and paired with bottles of wine from some of our favorite Napa Valley vineyards—the discussions allowed participants to speak frankly and openly about complex geopolitical issues.

The results might surprise you. Although real points of disagreement remained, our participants ended up seeing eye-to-eye more frequently than they disagreed. Below are brief summaries of our first three roundtable discussions, highlighting areas of substantive consensus and points of continuing divergence. In the coming weeks, we will publish summaries of the final two discussions, so stay tuned!

Roundtable #1: What should the U.S.-China relationship look like in 2050? 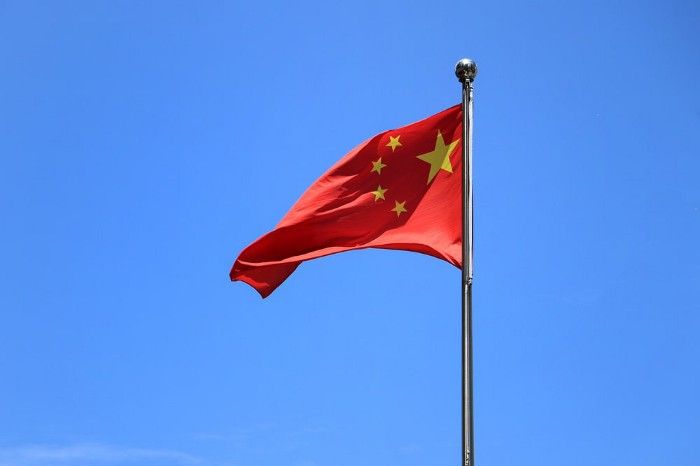 Set-up: Over the past twenty years, the Chinese Communist Party has sought to transform China into the preeminent global economic, technological, and strategic power. At the beginning of the discussion, the moderators posited that to ensure lasting American prosperity, the U.S. needs to delineate a frank vision of its desired relationship with its biggest geopolitical rival. Participants were presented with four potential strategic approaches that the U.S. could take vis a vis China and asked which approach they would support:

In a virtual poll before the debate, 29 percent of participants opted for Confrontation, 21 percent opted for Competition, 43 percent for Combination, none opted for Capitulation, and 7 percent remained undecided.

Areas of Convergence: Almost across the board, participants agreed that the current U.S. strategy toward China remains fragmented and incomplete. Almost everyone agreed that the U.S. needs a more coordinated strategy that 1) deters China’s military expansionism and malignant economic activities, 2) includes close cooperation with America’s allies, and 3) focuses on strengthening the U.S.’s economic and technological strength at home.

Areas of Divergence: Participants disagreed on the details of a broader U.S. strategy and about the mechanism that the U.S. should use to execute such a strategy. Participants grappled with important questions like:

What’s next: Participants broadly agreed that there is an emerging bipartisan consensus on the need for a significant re-evaluation of the U.S.’s policy toward China. But many participants remained skeptical about the depth of this accord, and indicated that more work needs to be done to educate, prepare, and unite lawmakers on the issues surrounding U.S.-China policy. 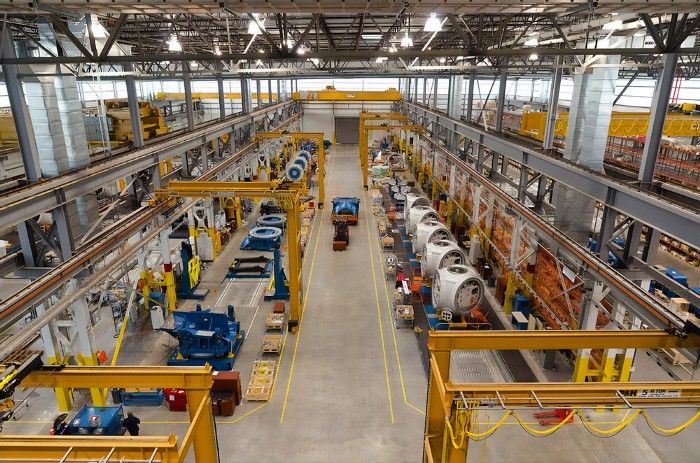 Set-up: The U.S. has spent decades toggling between laissez-faire economic strategies and more planned approaches to industrial development. But in the wake of a global pandemic, record unemployment, successive natural disasters, and the rise of hostile global adversaries, there is a growing appetite in the U.S. for a more coordinated approach. In a world where all our major competitors have well-defined industrial strategies, the question is not whether the U.S. should develop its own industrial strategy, but rather what a successful U.S. strategy would look like. Other questions about the future of industrial strategy include:

Areas of Divergence: There was no clear convergence among the participants on the scope of a new industrial strategy. Some participants advocated for a narrow strategy focused on specific, advanced technology or traded sectors. Others took a broader view, arguing that a new strategy would need to include sectors that support greater economic equality and opportunity (e.g., broadband in rural sectors). Participants also debated which public goods such a strategy should prioritize, how the U.S. can avoid picking economic winners and losers, and whether the economic tools that are currently available to the U.S. would be sufficient to support the implementation of a successful industrial strategy. 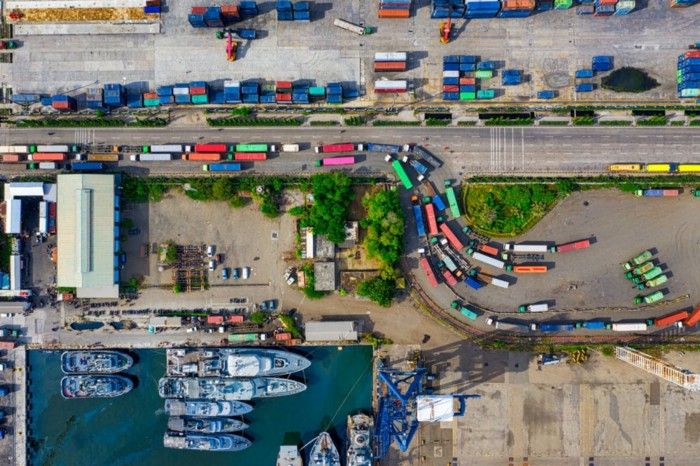 Set-up: Depending on your vantage point, liberalized international trade can appear either as a way to tap broader markets for U.S. exports and fuel domestic job growth in a system underpinned by transparent and dependable rules, or as a thoroughly flawed system that leaks American capital, destroys American jobs, endangers American intellectual property, and undermines environmental and labor protections. In an ideal world, U.S. trade policy should be a tool to foster domestic economic growth, protect national security, and promote higher labor and environmental standards — but its efficacy depends on policymakers’ ability to use it in ways that are representative of our democratic values. Can our international trade architecture be made to work for America, or does it need to be reformed? Within our existing system, what approaches can we use to make trade liberalization work for Americans: multilateralism, plurilateralism, bilateralism, or unilateralism?

Areas of Convergence: Participants generally agreed that the World Trade Organization (WTO) is deeply flawed, but most participants argued that major reform to the WTO’s multilateral system would be preferable to abandoning it altogether. Some participants raised the possibility that the U.S. could use plurilateral agreements either inside or outside of the WTO as a tool to break the gridlock plaguing the multilateral system. However, some participants cautioned against pursuing plurilateral within the WTO framework, since the WTO’s most favored nation treatment (MFN) policy creates a free-rider problem for countries who are not parties to those agreements. Nevertheless, nearly all participants agreed that the United States needs to create a broader web of alliances to combat unfair trade practices: while access to the U.S. market alone is a powerful lever, it could be even stronger if coupled with access — or lack of access — to other large markets.

Areas of Divergence: Although participants came to a consensus on many of the substantive questions, there remained some points of divergence over whether trade issues could or should be the focal point of leader-level meetings. Participants also offered differing views on how the U.S could incentivize “good” trade practices and disincentivize “bad” ones — and what exactly those practices might look like. Some argued that the U.S. should not discount the power of reputational risk as a negotiating tool, whereas others argued in favor of more concrete measures such as increased market access or imposition of tariffs.

What’s Next: Of all the “-lateral” options, most participants coalesced around plurilateral agreements as an interim step toward reigniting multilateral relations. In the short-term, participants also agreed that the U.S. could take additional steps to enforce existing trade commitments, continue to build and expand alliances, and advance higher global standards on labor and environment.

What are the benefits of an environmental goods agreement, and how can we get there?

Fostering Bipartisan and Interdisciplinary Debate, One Roundtable Discussion at Time

Silverado’s accelerator model is designed to reveal areas of consensus on pressing global challenges. Here’s what we’ve found so far.